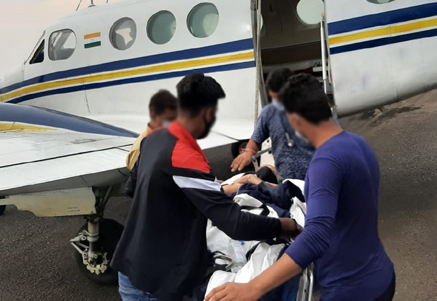 Agra is famous as being home to one of the seven wonders of the world-the Taj Mahal. The architectural splendour of the mausoleums, the fort and the palaces is a vivid remainder of the mausoleums, the fort and the palaces is a vivid reminder of the capital in the 16th and early 17th centuries. Taj Mahal, Agra While its significance as a political centre ended with the transfer of the capital to Delhi in 1634 by Shah Jahan, its architectural wealth has secured its place on the international map. A pleasant town with comparatively slow pace, Agra is known for its superb inlay work on marble and soastone by craftsman who are descendant of those who worked under the Mughals. The city is also famous for its carpets, gold thread embroidery and leather shoes. Agra was once the capital of the Mughal empire and even today it seems to linger in the past . Not surprising , for the Mughal emperors with their passion for building, endowed the city with some of the finest structures in the world . It is very easy to slip away here through the centuries into the grandeur and intrigues of the Mughal court . Agra is an old city and it is said that its name was derived from Agrabana, a forest that finds mention in the epic Mahabharata. In more recent times Agra came into prominence when Sikandar Lodi made it his capital city in 1501 . The Lodi rule was to end very soon and Agra passed into the possession of the Mughals . It was during the time of the third emperor Akbar that Agra came into its own . He embarked on the construction of the massive Agra Fort in 1565. Though Akbar was diverted into building a new capital at Fatehpur sikri not far away. Agra continued to retain its importance and Shah Jehan, Akbar's garndson ornamented the city with that masterpiece of Mughal architecture - the Taj Mahal and built several other beautiful buildings within the Agra fort .

Agra Airport Kheria Air Force Station (IATA: AGR, ICAO: VIAG), is a military airbase and public airport serving the city of Agra, in the state of Uttar Pradesh, India. The air force station is one of the largest airbases of the Indian Air Force (IAF) and has been synonymous with the Taj Mahal for over half a century.

We Provide the Following Services from Agra: