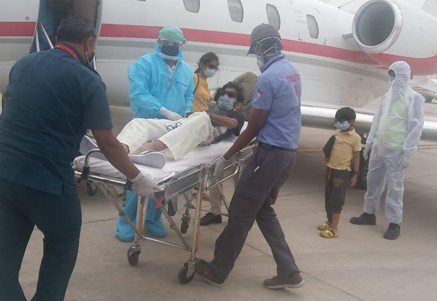 Ahmedabad is the fastest growing city in the world and the best city to live in India according to recent reports, which shows the incredibility of the city.

Ahmedabad is the financial capital of the most developed state (Gujarat) of India in recent times under the leadership of our chief minister Shri Narendra Modi.

Ahmedabad is also known as Amdavad by fellow Amdavadis. Amdavadis are tagged as the shrewdest businessmen in the world and they have a unique style of their own. Business runs in the blood of every average amdavadi.

Ahmedabad was once known as the city of mills or the Manchester of India due to its exquisite mill culture. Ahmedabad is now flooded with malls, multiplexes, premiere institutes and all forms of development.

Amdavadis proudly claim it as the safest city in the world, prime reasons are it being a dry state so there are fewer nuisances of drunkards and hence women feel safe here. Nowhere in the world will you find women enjoying the freedom at night which they do in our own Ahmedabad.

Ahmedabad has many khao galis (Street Food Joints) like Manekchowk, Vastrapur etc. Manekchowk is the busiest street of Ahmedabad on any given evening and Vastrapur Lake is catching up with its status.

Ahmedabad has the world's oldest mall culture 'Gujari Bazaar' set up by the founder of Ahmedabad, Sultan Ahmed Shah.

Ahmedabad has many beautiful lakes like Kankaria Lake, Vastrapur Lake, Chandlodia talao etc. Amdavadis prefer to spend their evenings taking a stroll and enjoying the street food outside these lakes. Kankaria Lake is the oldest lake of Ahmedabad.

We Provide the Following Services from Ahmedabad: