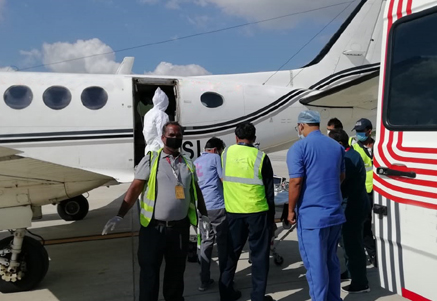 Surrounded by the Western Ghats on the east and the Arabian Sea on the west, Kochi, formerly known as Cochin, is an important and beautiful port city of Kerala. It is located in the district of Ernakulam, about 220 km north of the state capital Thiruvananthapuram. The city has an estimated population of 600,000, with an extended metropolitan population of about 1.5 million. It boasts of a world-class port, which connects it to many important cities over the world. Etymologically, many theories exist pertaining how Kochi derived its name. One says the city's modern name is derived from the Malayalam words, Koch Azhi, meaning 'small lagoon'. Whereas, as per some old manuscripts, the traders who came here from the court of Chinese ruler, Khubilai Khan, during ancient times, gave Cochin the name of their homeland. However, one thing constant about the city is that its strategic location has always made it stand out as a significant commercial and industrial hub of Kerala. During the 14th century, Kochi gained a reputation of being an important spice-trading center.

INS Garuda (ICAO: VOCC), is an Indian naval air station located near Kochi, in the state of Kerala. Commissioned on 11 May 1953, it is the oldest operating air station of the Indian Navy. The air station is adjacent to INS Venduruthy and the headquarters of Southern Naval Command. INS Garuda is a major naval air training center as well as an operational base.

We Provide the Following Services from Cochin :